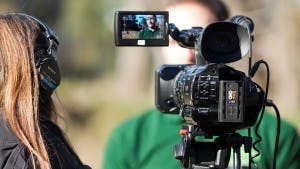 AN expat campaigner is making a film about the effect of Brexit on Brits in Spain.

Gemma Middleton is travelling to Alicante, Valencia, Malaga, Murcia and Madrid to interview fellow expats for the hour-long documentary.

Valencia-based Middleton,43, was inspired to make Uk Immigrants in Spain – the Forgotten Voices after feeling betrayed by June’s referendum result.

Since the June 23 vote, mother-of-two Middleton has travelled through Spain with director Samuel Sebastian interviewing some of the 800,000 Britons living here.

Among those interviewed is a dance academy manager who refuses to hire Brits who have lived here for less than five years in case they are unable to get residency.

The film, due for release in 2017, will also explore the effect of Brexit on Spanish companies, law and attitudes towards Brits.