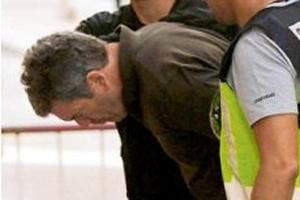 THE Costa del Sol-based Kinahan clan has set up 200 companies in the last eight years, an international investigation has found.

Operating in 20 countries, the criminal gang led by Irish mob boss Christy Kinahan has specialised in laundering money through food wholesalers, bars and property companies across Europe and Asia.

The European Commission-funded Transcrime report was released as part of an ongoing investigation into the Kinahan’s operation.

The Spanish and Irish have been working closely together, with raids taking place across the Costa del Sol in September.

In fact, the Transcrime report reveals that investigators from 20 countries have been involved in looking into the Kinahans.