THE SHOCKING realities of the Spanish Civil War will be laid bare  in a new colour TV documentary.

British historian Antony Beever’s Divided Spain: The Civil War in Colour has for the first time in Spain colourised thousands of rolls of films for a feature length broadcast.

The first episode of the three part series, made possible by using thousands of film rolls, will be aired on satellite channel DMAX at 10.30pm.

One of Beever’s aims through it is to engage a new, young audience on the history of the devastating conflict and teach them about the perils of extremism.

He and a 60 strong team spent one and a half years trawling through 90km of film negatives for clips and colourised more than 150,000 frames using modern techniques.

They have been used in an attempt to give an accurate picture of the events that fractured the nation.

Its release coincides with the 80th anniversary of the start of the war proper, which formally began with a military coup against the democratically elected left wing Popular Front.

In an interview with El Pais, Beever said: “One of the reasons for colouring the films is to make them more recognisable to a young generation

For young generations, it is difficult to imagine how the hatred came to the point of ripping the country in two.

“Documentaries like this can give an idea of how it all occurred.

“It must be a lesson for the future-that democracy can only survive with trust and tolerance between the different sides.

“You can’t have a democracy if you have extremes attacking each other and forcing people towards these extremes.” 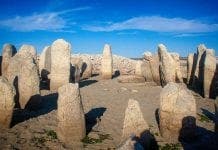