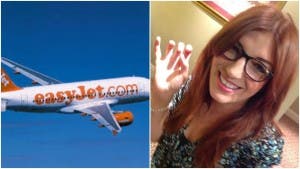 A BRITISH woman was left shocked after being threatened with arrest for trying to drink her own vodka miniature on a flight to Spain.

Lucy Yallop, 32, said she felt humiliated after a steward on her flight to Alicante called the Spanish cops, who were waiting for her at the tarmac when she landed.

The eagle-eyed attendant had spotted Yallop attempting to pour the spirit into her fresh orange juice.

“I never thought a miniature bottle of vodka would cause so much trouble,” said the 32 year old, who runs her own hair salon in Durham city.

“I bought it at Newcastle Airport when it was announced there would be a delay when it snowed last Friday.

“The two I was sitting with, Maxine Hitch, who is 51, and Noelle McNary, who is 48, were both on antibiotics and weren’t drinking anyway.

“I knew I shouldn’t but I knew I had the single measure in my bag and tried to put it in my orange.

“The steward came from nowhere and said ‘What have you got in your hand?’

“It was embarrassing. I didn’t have time to pour it into my orange and he took it from me.”

A steward told Lucy that he had warned her four times about drinking alcohol on-board, twice in the form of general tannoy announcements.

Lucy added: “I was apologetic and didn’t argue, but then the punishment I got was so disproportionate to what happened.

“The steward said he had told the captain who had radioed through so I would be arrested when we landed in Spain.

“I was told I would hear from easyJet within 24 hours if they were going to cancel my flight back.

“I was crying and shaking, I was so humiliated. I was terrified. I was told to stand up in front of everyone so they could keep an eye on me getting off. 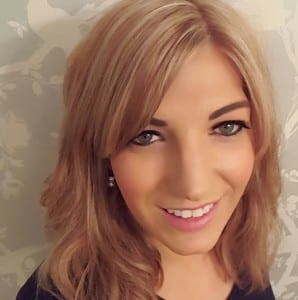 “When the police saw me, they took one look at me and shrugged their shoulders. I think they were expecting a drunk person, causing a lot of trouble getting off the plane.

“They were bewildered and let me go through to the terminal and carry on with my journey.”

A spokesman for easyJet said: “On this flight the crew warned a passenger four times that they could not drink their own alcohol on-board. No airline permits passengers to consume their own alcohol as crew need to be able to monitor alcohol consumption onboard for the safety of all passengers.

“The safety and well being of passengers and crew is always easyJet’s priority.”

Mission impossible: Drone rescue operation given green light to attempt to save three dogs trapped by lava in La...

Elena Gocmen Rueda - 19 Oct, 2021 @ 19:55
A Spanish drone operator received permission on Tuesday to attempt to rescue three emaciated dogs trapped by lava flow near a volcano on the...