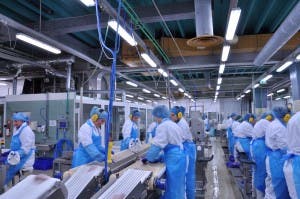 PARENTS in Andalucia are backing a Change.org petition calling for the region’s state schools to remove fish imported from Asia and Africa from their lunch menus.

Local mother Carolina Espejo has galvanised support from other parents in the Torre del Mar area in her bid to stop schools feeding children tilapia and panga, white fish imported from Africa and Vietnam as cheaper alternatives to local produce.

The petition states that these fish are harvested from “one of the most contaminated rivers in the world”, and that they are a danger to the children’s health.

Espejo’s petition now has almost 10,000 signatures, and she has sent a letter to Spain’s Minister for Education. The Junta has insisted that Andalucian canteens provide a balanced and healthy diet approved by nutritionists.

Petition to name a Marbella street after young local who died of cancer gains 145,000 signatures