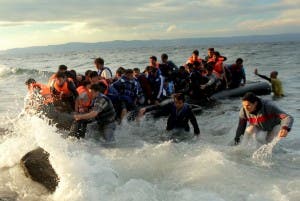 Spain is using the offence of ‘glorifying terrorism’ as an excuse to limit free speech, Amnesty has said.

In 2016 the High Court delivered 22 guilty verdicts against 25 people for the offence of ‘glorifying terrorism’, mostly on social media.

The report then turns its attention to Spain’s record on torture, mentioning in particular Juan Antonio Martinez Gonzalez, a man who died in Cadiz allegedly as a result of injuries inflicted by police.

The European Court of Human Rights has made seven rulings against Spain for failing to investigate allegations of torture.

Amnesty International went on to criticise Spain for its ‘inadequate’ treatment of refugees, saying that the country has so far only accepted a fraction of the refugees which Mariano Rajoy pledged to take in.

This comes after 160,000 people took to the streets of Barcelona, protesting that the government has so far taken in only 1,100 of the 17,300 refugees it promised to accept.