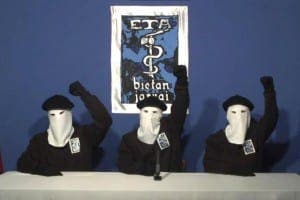 POLICE in Spain have uncovered a stash of explosives belonging to the ETA terrorist group.

According to the Interior Ministry, the cache was found in the rural Irun area in the Basque country.

The area has been cordoned off, with the statement adding it could be just one of many in the region.

ETA, or Euzkadi Ta Askatusana (Basque Country and Freedom) was an armed nationalist group founded in 1959. The goal of the organization was to gain independence for the Greater Basque Country.

It is known as Spain’s deadliest terror group, having killed 860 people in its history.

The group had announced in 2011 a ‘definitive cessation of its armed activity’ while the Spanish government has called for a complete disbandment of the group.

The Interior Ministry said: “The deposit has not seen recent activity and it is thought that it was used by the terrorist group to supply material to an Eta command unit in the Irún area.”

Jorge Hinojosa - 15 Aug, 2022 @ 15:00
MARBELLA'S Starlite festival was celebrated on Sunday, August 15 with some famous faces adding a bit of Hollywood glamour. It was the thirteenth edition of...