WHETHER it’s mysterious faces appearing on the floor, or a secretive ogre living in the woods, there is no shortage of spine-tingling Spanish tales to make you want to sleep with the light on this Halloween.

Many of the hairiest horror stories originate right here in Andalucia, such as the haunted house of Cortijo Jurado, also known as La Casa Encantada, in Campanillas.


The dilapidated dwelling was once a grand mansion built in the 19th century by the Heredia family, one of the wealthiest in Andalucia.

It is said that many young girls who went missing from the surrounding area at the time were kidnapped, tortured and murdered by the Heredias.

Legend has it that secret chambers existed below the house where the girls were kept before their death and unexplained voices and other sounds have been reported coming from the building in the years since.

As the witching hour approaches, we lift the coffin lid on some of Spain spookiest spots.

A property in the Jaen village of Belmez de la Moraleda has become famous for the ‘Belmez faces’, ghostly images which first appeared in 1971 when Maria Gomez Camara spotted one on her kitchen floor.

Her son and husband took a pickaxe to the floor, destroying it and laying down a new one, but the male and female faces continued to appear and, terrifyingly, continued to grow in both size and intensity.

Many have argued over the years that it is a hoax and the faces have been painted on.
But real or not, the house has certainly attracted many believers and curious onlookers over the years.

In Sevilla Sister Ursula, a nun of the Order of Charity is said to stalk the halls of the Andalucian parliament, which was formerly the Hospital of the Five Wounds.

Some visitors to the English cemetery in Malaga claim to have seen the cemetery’s guardian – the last person buried there – wandering through the gravestones.

There have also been reports of people being touched by unseen hands and hearing footsteps and voices.

A lady dressed in white and carrying a torch can be seen on certain nights walking through the House of the Seven Chimneys in Madrid.

The lady was a young bride, who is said to have died of sorrow when her husband was killed at the Battle of San Quentin.

She was a mistress to the king, and legend has it her husband was sent into battle to die so the king could have her to himself.

Screams, cries and shadowy figures have all been witnessed at Mallorca’s Bellver Castle, a building with a past that has been standing for some 700 years.

It was the brainchild of King Jaume I who dreamt of building a monument to commemorate the dominance of Christianity over the Muslim faith.

Over the centuries the castle has been used as a refuge during the plague, a military fortress during the 16th century Germania rebellion and later a prison, it’s walls guarding many an untold story of torture, pain and death.

And, of course, no tale of woe and wonderment would be complete without the Knights Templar and their secret conspiracies. The Knights were rewarded with positions of great power by the King after taking part in the Christian invasion of Mallorca.  They supposedly met in secret tunnels which ran below the castle as far as the Cathedral.

A spectral nun known as the Lady in Grey is said to roam the corridor outside one of the guest rooms in The Convent, a former Franciscan friary that is today the official residence of the Governor of Gibraltar.

Legend says she was the daughter of an affluent Spanish family who had married against her father’s wishes.

When he learned of it, he placed her in the Convent of Santa Clara on Main Street where, under the eyes of the Mother Superior, the girl was forced to take her vows and become a nun. Her lover soon joined the Franciscan Order and settled at the Convent.

The couple are said to have met in the confessional of the King’s Chapel where they hatched plans for their escape. But on the night they made their way to the harbour where a boat was waiting for them, the alarm was raised and in the ensuing chase the lover fell into the water and drowned. The bride was arrested for breaking her vows and, as punishment, was walled up in the Convent alive.

Andalucia lays claim to some of Spain’s best known mythology, including the great lover Don Juan who is said to have been dragged to hell by the dead father of a girl he had seduced.

Elsewhere, mythological creatures such as the Basa-Juan have been responsible for keeping many a Spaniard awake at night.
Known as the ‘lord of the woods’, the mysterious figure is said to be a hairy ogre living high in the Pyrenees.

His home is in the woods and the caves, where he is said to protect flocks of sheep and goats from predators and thunderstorms.
But despite being credited with teaching humans the art of agriculture and iron forging, he has a more sinister side to his nature, trapping humans if they stray into his domain.

HALLOWEEN HORROR: Arrest made after human head found in bin in Spain’s Andalucia 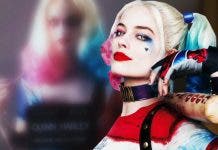