AN investigation has been launched after a British expat’s dog found suspected human remains earlier today.

Guardia Civil were called to the scene in the Axarquia by the Brit at around 1pm.

His dog had brought a human-looking skull back from the nearby field in La Viñuela.

A search is now underway to locate the rest of the remains. 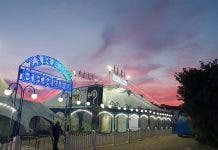