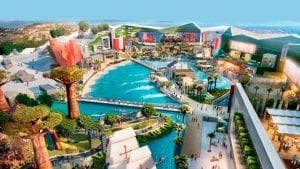 THE Intu shopping centre has been delayed yet again by town planners in Torremolinos.

But according to Partido Popular sources, the Provincial Planning Commission have not approved the Intu project moving forward because reports by the DGT – the government body for road networks – has produced ‘negative results’.

The developer of the shopping and leisure center will stop executing various projects, including the urbanization and building of sanitation infrastructures in the Cañada de los Cardos area.

Despite these setbacks, the PP has claimed the PSOE government has already accepted thousands of CVs for future jobs at the mega centre.

Alex Trelinski - 7 Feb, 2023 @ 18:50
A new art gallery has opened in Valencia named after a modern impressionist artist with the aim of selling affordable works that are very...