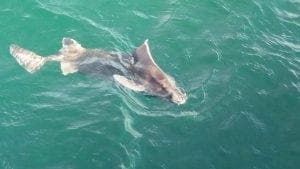 A RARE shark has been spotted off the coast of southern Spain.

In a series of pictures shared on social media, Enrique Emberley Moreno claimed his friend spotted what looked like a basking shark off the coast of Cadiz.

“My friend Henry sent me these pictures this morning near the port of Westeros,” he said in the post.

“It is approximately 1 metre long and is young, can any expert identify what breed it is?”

Commenters were quick to point out that they believe it to be an Oxynotus centrina – or Angular Roughshark. 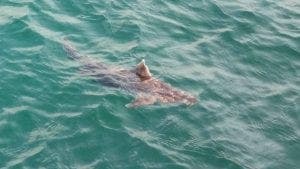 Like most of the Oxynotus species, O. centrina has upper teeth and blade-like lower teeth, with 12 rows of teeth on either side.

The species usually moves by gliding on the bottom of the sea, sometimes hovering over the sandy or muddy surfaces of the seabed, meaning it was very unusual to have been on the surface. 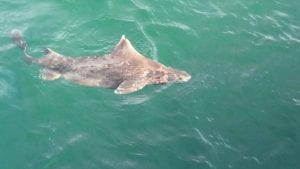 “It’s strange to see it on the surface, maybe some stressful situation like an attempted catch can make it come to the top,” commented local Alex Bartoli.

“It is protected and is listed in the list of species under special protection (Lespre).”