GRANADA’S iconic caviar industry may be under threat following the devastating flash floods at the weekend.

According to locals, the Sturgeon population, whose eggs are harvested to form the luxury food staple, has been ‘wiped out’.

“It’s a disaster for the village,” British expat Paul Bateson told the Olive Press, “it is a main producer of the world’s caviar and now all the sturgeon are dead or washed away, as are the trout.

“Most of the restaurants have also been flooded, and all in about 15 minutes.”

The Rio Frio region has been producing caviar since 1955 and includes luxury brands like Beluga.

It was the first in the world to produce 100% organic caviar.

Footage from this weekend’s floods went viral after showing dozens of cars being washed away while locals looked on in tears.

Ronda was also hit by floods following a yellow alert for rain and thunder from Friday onwards. 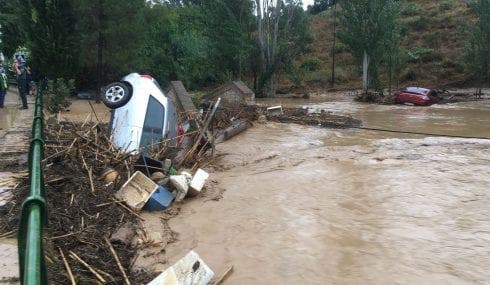