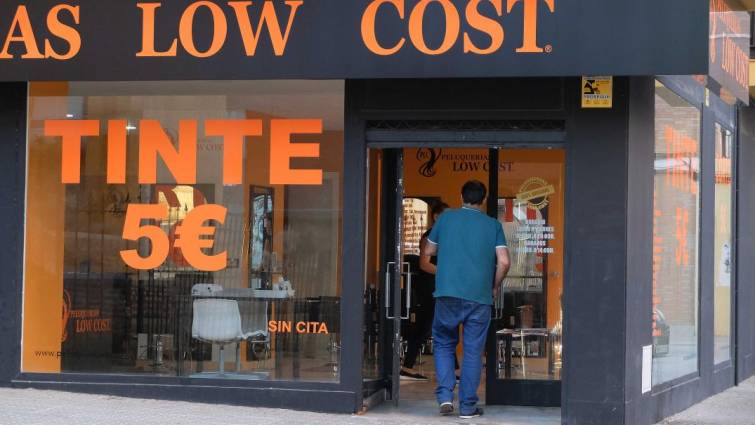 THE bosses of Low Cost hairdressers are being probed for allegedly defrauding the taxpayer out of millions of euros.

A judge in Sevilla has ordered the investigation into at least 35 employees and bosses, who are believed to have swindled the junta into handing out cash incentives by setting up fake training courses for their employees.

In 2015, Low Cost managers created a huge network of franchises alongside a network of companies supposedly dedicated to training, which allowed them to benefit from Social Security incentives and bonuses for training and learning contracts.

They also allegedly paid the hairdressers less than what was legally required in a bid to boost profits.

The head of the Court of Instruction 19 of Sevilla, Ana Escribano Mora, is investigating for alleged crimes of falsification of documents, corporate crime, fraud, misappropriation of funds and unfair administration related to the defrauding of millions from Social Security.

The complaint of an old franchisee of Low Cost Hairdressers – who is also under investigation – exposed the alleged scam.

The complainant, known as D.H.S., a 47-year-old cleaner from Sevilla, told El Mundo that her dream to open a hairdressing salon turned into a nightmare.

“They have ruined my life,” she said.

That one salon alone received a €100,000 boost from Social Security.

The case has been delayed more than once due to its complexity, given that there are tens of branches across the region and Spain and it is not clear who was involved in the alleged fraud.

The owners of the company have blamed the alleged crimes on franchisees who are ‘no longer associated with the Low Cost brand’.

Meanwhile, a group of franchisees have placed the blame on the owners of the Low Cost company, adding that they have not benefited whatsoever from the Junta payouts.

After being arrested by Policia Nacional, the 35 accused will appear before a judge from December 15.