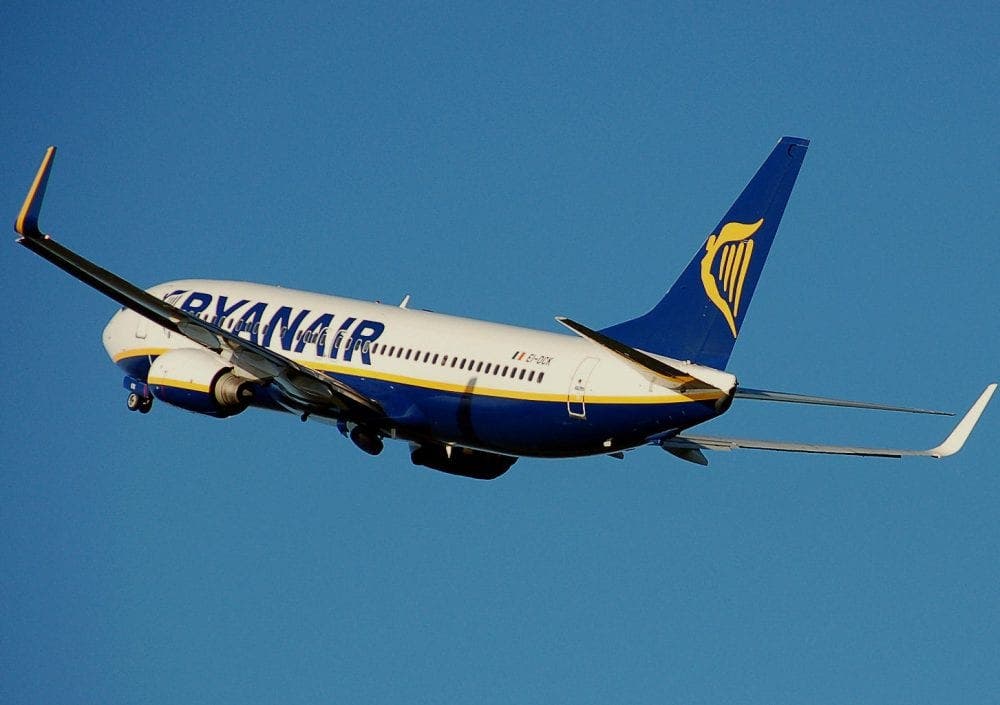 A BRAWL has forced a flight from Glasgow to Malaga to be diverted.

A ‘full fist fight’ erupted on board last night in what passengers described as ‘absolute chaos’.

According to witnesses, two men began throwing punches after an intoxicated male passenger ‘started pestering women in a hen party.’

Things allegedly got so violent cabin crew had to ask passengers for help.

The plane, which had left Glasgow Prestwick, was forced to divert to Madrid.

One passenger was met by Spanish police before the flight continued on to Malaga.

A passenger told the Glasgow Evening Times: “The fight started when one drunk man started pestering women in a hen party.

“Two men were trading punches in a full fist fight in the aisle. The cabin crew had to ask the passengers for help.

“The back of the plane was in absolute chaos. One drunk man was still causing a scene and resisting 20 minutes later.”

A Ryanair statement said: “The flight from Glasgow Prestwick to Malaga diverted to Madrid and the crew requested police assistance upon arrival after a passenger became disruptive in-flight.

“The aircraft landed normally and police removed and detained an individual before the aircraft continued to Malaga.

“We will not tolerate unruly or disruptive behaviour at any time and the safety and comfort of our customers, crew and aircraft is our number one priority.

“This is now a matter for local police.”