THE headmaster of an exclusive British school in Mallorca is facing extradition to Scotland following allegations of sexual abuse.

James Berry, 74, was arrested on Tuesday and has reportedly been taken to Madrid where he awaits an extradition hearing.

Berry is the headmaster of King Richard III College in Portals Nous, near Palma, and was previously cleared by the Mallorcan courts of allegations of sexual abuse initially brought by his daughter in 2016.

Berry last year told the Olive Press the allegations were made in a bid to ‘run him out of the school’, as his adult daughter wanted to become headmaster.

In a letter to parents dated March 5, Berry said: ‘‘After being cleared of the brutal accusations brought against me in Spain, now I must face the same allegations in Scotland

‘‘The accusations have caused great pain to my loved ones, so I beg you to continue to trust us and especially support my family.

‘‘We will win again the battle in which my innocence will be established once and for all.”

The King Richard III College were contacted but have yet to issue a statement. 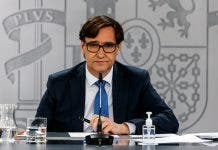