MERCADONA has shocked Spain by discontinuing some of its most popular ice creams, but a new petition aims to bring them back.

The Mochi range was only launched last year, under the Hacendado brand, but has been absent from supermarket freezers this summer.

The Japanese-inspired desserts consist of mango and coconut-flavoured ice cream, encased in a rice cake shell.

After a Twitter user quizzed the Valencian chain why the treats were not being stocked, Mercadona explained itself online.

It said: “We do not have Mochi ice cream because sometimes they had a hard texture and we are working to solve it and restore the service as soon as possible.”

But now, a Change.org petition has been launched by sweet-toothed shoppers keen to bring back their favourite helados.

One campaigner said: “My life has never been the same. I am sad when I wander the frozen aisle every week in a hopeless search.”

La Vanguardia has also reported that the MaxiSandwich ice cream has also been withdrawn, to be replaced by a smaller version. 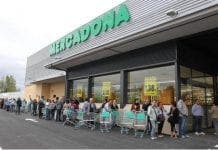 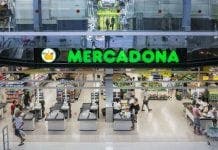 Dilip Kuner - 4 Apr, 2020 @ 17:00
EUROPEAN policing organisation Europol has warned people to beware of an explosion of cyber fraud during the coronavirus lockdown.