A HUNT has been launched for a suspected pet poisoner after a canine was killed on a popular dog beach.

The other animals ‘suffered’ from the poison, according to the local Asosiacion de Proteccion Animal – with the attempted murders happening on a beach that is specifically for canines and their owners.

The beach is described as ‘suitable to go to spend time with your pet during any time of the year’.

Whilst police investigate who may be responsible, council workers are combing the area and the neighbouring beaches of Cobaticas and Playa Gachero for further traces.

Authorities are asking that owners of any pet showing unusual signs of nausea, should take them to sites such as La Ermita Clinica Veterinaria in Mazarron.

Have you been affected or got information? Write to newsdesk@theolivepress.es 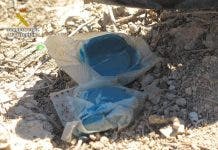