AN MEP has come out in strong defence of British expats in Europe ahead of Britain’s planned departure from the bloc next month.

Guy Verhofstadt, the European Parliament’s Brexit coordinator, demanded that Brits living on the continent and EU residents in the UK both be guaranteed their rights before any agreement deal is signed off.

Verhofstadt told colleagues yesterday that the idea that the European parliament will sign off on the Brexit deal when it holds a plenary meeting on January 29, just two days ahead of Britain’s planned departure date, is not set in stone.

“Everyone thinks consent will be given automatically but in the meanwhile there is a problem to be solved,” Verhofstadt said.

“I have received since the elections hundreds and hundreds of letters and emails from British citizens living in Europe, panicking about their status.

“I have received hundreds of emails from EU citizens living in Britain, panicking about their status.

“And I think we need to solve that first before we give our consent on this Brexit treaty.

“Why? Never can citizens, British and Europeans alike, be the victims of this – in my opinion not very intelligent – choice, of Brexit.

“And I want to appeal to the Prime Minister of Britain, Boris Johnson, to be generous in his victory and to give to all the European citizens and to the British citizens living on the continent, full rights as they have today, automatically, with no ifs and buts.”

He added: “More and more people are coming back to the idea of European associate citizenship for British citizens who want to continue to feel that they are European, and I think that we have to be open to that request.”

Without the parliament’s approval, the UK would be facing a no-deal exit or yet another extension.

The current Withdrawal Agreement vows to protect many of the rights Brits living in the EU currently enjoy, as long as they are registered as living in their prospective chosen countries before the end of December 31, 2020.

However Brits would lose the right to vote in EU elections and would no longer benefit from free movement – the ability to live and work across the EU.

These lost rights could theoretically be upheld in an ‘associate EU citizenship’.

The idea is that Brits could pay an annual fee to remain a citizen of the bloc. 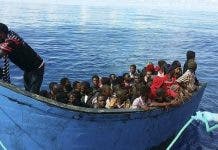 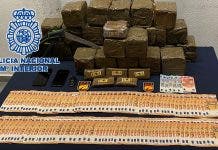