A BRITISH man has died in a house fire at an urbanization on the Costa del Sol.

The 50-year-old deceased is reported to have lost his life due to smoke inhalation.

A blaze broke out at a property in the Alcaidesa Golf & Beach resort at around 2:30am on Tuesday.

Several people were trapped inside the two-story home, which is located on the back of the luxury urbanization.

It is not yet clear if the house belonged to the Brit, or if he was a holidaymaker, or Spanish resident.

He was pronounced dead in an ambulance after being rushed from the scene by paramedics.

This death is the third from fires in Andalucia in a three-day period after a couple in their 70s died in a blaze on Sunday, which was believed to have been caused by a stove.

Alcaidesa is a popular golf resort, with two courses, which hosts visitors from all over the world. 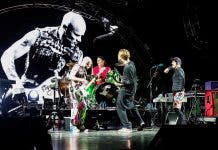