ANDALUCIA has prohibited so-called botellones in a bid to keep coronavirus outbreaks in check.

Junta President, Juanma Moreno, in a meeting yesterday with the mayors of the eight provinces of Andalucia, said that botellones, which typically see young people gather in public areas to drink alcohol, were an ‘unhealthy, harmful and dangerous activity.’

The Partido Popular leader declared the activity will be banned during the pandemic.

Other measures discussed included further restrictions on nightclubs, including banning dancing and imposing a maximum closing time of 5am.

Additionally, seating capacity could be reduced and customers may be forced to register their information with the venue to make contact tracing easier in the case of an outbreak.

The proposed measures are not yet definitive and are pending a final vote by a committee of experts today.

If approved, the measures will be effective immediately.

The most alarming outbreak thus far in Andalucia, linked to a graduation party in a nightclub in Cordoba, has seen 107 positive cases with over 2,000 PCR tests carried out.

According to the regional Minister of Health, Jesus Aguirre, there have been no new cases from this outbreak over the last two days, but the contagion could have been disastrous.

Meanwhile, Moreno said ‘the pandemic is testing us as a society’ and stressed the importance of facing the crisis in ‘unity.’

The PP leader has called for the participation of all sectors of the Andalucian society to join together to promote a ‘Great Alliance for Andalucia.’

“Unity will permit a more effective and earlier exit from this health and socio-economic crisis,” he said. 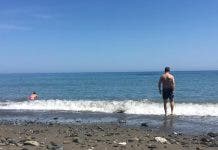