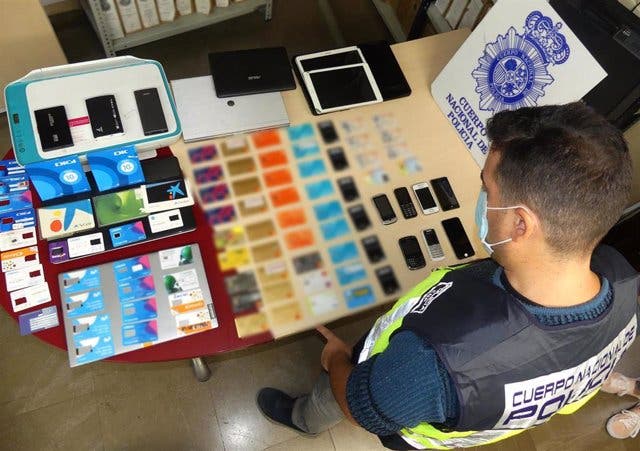 Four Spaniards aged between 34 and 71 have been arrested in the resort for running the con which accessed bank accounts nationally and internationally.

Clients supplied the gang with their personal details, including bank account information, which the crooks used to apply for loans.

The fraudsters also phoned potential victims as they pretended to be computer technicians.

They convinced their ‘marks’ that they needed to download an app onto their phone or computer for improved security.

The gang then got unfettered access to personal details, including passwords to bank accounts, which were then emptied.

Benidorm’s Policia Nacional got wind of the scam at the start of the year when a bank complained about suspicious activity in several accounts held by them.

Painstaking work from agents uncovered that the accounts belonged to the Benidorm gang and that transfers had been made into them from victims that had been scammed.

Spanish and foreign account holders were identified in the police operation.

The four arrested Spaniards have been charged with fraud, money laundering, faking documents, and being members of a criminal group.