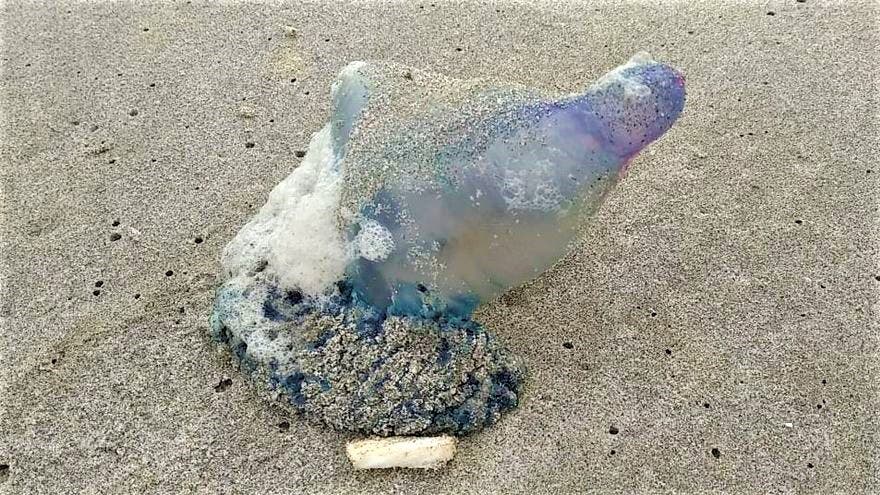 PORTUGUESE man o’war jellyfish have been sighted for the first time this year on beaches around La Manga and the Mar Menor in Murcia.

Though called a jellyfish, the man o’war is actually a species related to the jellyfish family and is classified as a siphonophore.

It is extremely rare for their tentacle sting to be fatal but severe discomfort can be caused to children and elderly people.

It’s arrival in the Murcia region is caused by strong westerly winds bringing them in on currents from their natural habitat in the Atlantic Ocean.

They are a fairly common sight on Spanish coasts at this time of the year but tend to disappear in late May when the sea becomes warmer.

In May 2018 a number of Costa Blanca beaches, especially in the Benidorm and Orihuela Costa areas, raised red flags to keep bathers out of the sea.

A year later, a 22-year-old woman needed hospital treatment after being stung at Puntas de Calnegre beach in Murcia

Fiona Govan - 26 May, 2022 @ 11:30
SPAIN has so far confirmed 59 cases of monkeypox with dozens of other suspected cases under investigation. The rise of eight cases on the day...