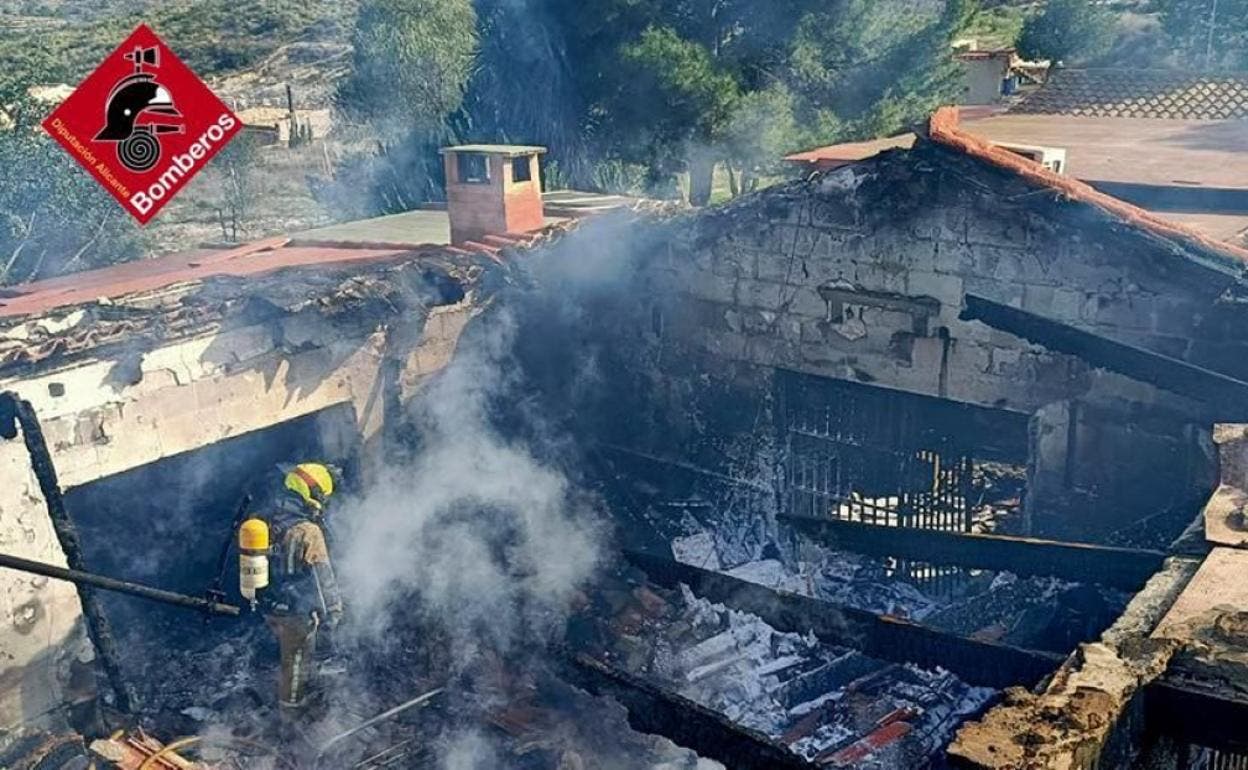 A disabled man died at his Busot home during a fire that gutted the property yesterday afternoon(March 31).

The 60-year-old quadriplegic was cared for by two relatives who needed treatment for smoke inhalation.

The fire tore through the villa in the Llano Sebastian area of Busot, ten kilometres inland from the coastal town of El Campello.

Emergency services were told about the incident at 3.30 pm.

Firefighters needed three hours to extinguish the blaze, which caused the roof to collapse.

A 47-year-old man and 46-year-old woman were taken to the San Juan de Alicante Hospital, but nothing could be done to save the life of the family member they looked after.

There is no early indication as to what caused the fatal fire.