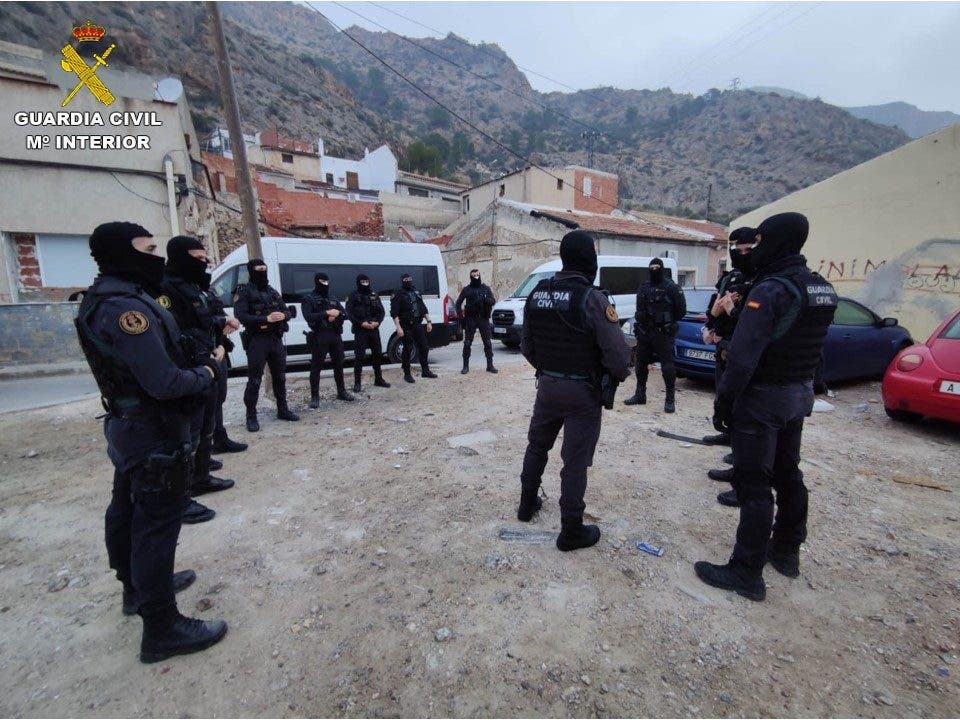 ALMOST a hundred Guardia Civil officers took to the streets at the same time to bring down a drugs gang operating out of a Vega Baja town in Alicante Province.

The crew sold drugs around the area and sorted out their own supplies.

They grew marijuana in adjoining abandoned houses in the town and hooked up illegal electricity supplies from street lights.

Concerned and inquisitive neighbours were threatened at gunpoint and told to keep quiet about the clandestine activity if they knew what was good for them.

The Guardia raids happened in late February but details were kept quiet until now for operational reasons.

Five men and two women, all Spaniards, were arrested.

They were charged on a variety of drugs offences as well as stealing electricity and threatening violence with guns.

Despite the serious nature of the offence, all seven were granted bail by an Orihuela court.