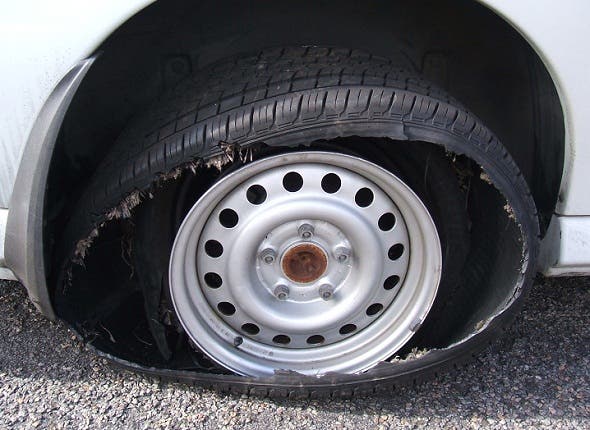 A family has been accused of multiple thefts from a glass manufacturing company after a motorway ‘blow-out’ led to their stolen loot being seized by the Guardia Civil.

The gang stole 490 pallets containing iron moulds worth over €70,000 from the L’Olleria firm in Valencia Province on November 4.

It was one of a series of thefts suffered by the glass producer.

The excess weight of the iron overloaded the gang’s van and it suffered a burst tyre on the AP-7 motorway near Tibi, Alicante Province.

A passing Guardia Civil patrol were suspicious of what was in the vehicle and they found the iron moulds inside.

The previous day, an inspection of a San Vicente del Raspeig junkyard uncovered iron moulds which the owner could not verify were obtained legally.

The Guardia in Alicante launched Operation Bufadors to see where the moulds were coming from and struck lucky within 24 hours with the motorway ‘blow-out’.

Three Spaniards-belonging to the same family- have been arrested and another three family members are under investigation.