MADRID is set to bring in a new law to give cash to farmers whose animals are being killed by wolves in the region.

The Iberian wolf, hunted almost to extinction in the 1970s, has returned to the mountains of Madrid.

Farmers are calling for action to be taken to protect their livelihood or, they say, they will be forced to hunt the wolves again.

In recent months, there have been more wolf-sightings in the Somosierra Mountains bordering the provinces of Segovia and Guadalajara.

And reports last year of a dead wolf being found on the A1 motorway was the first sighting of a wolf in Madrid for 40 years.

But now the packs are spreading from Zamora and Galicia – where there are approximately 1,500 to 2,000 wolves – and moving further south.

According to reports, farmers could get as much as 500 euros for the death of a sheep or goat, 750 euros for a horse and 1000 for cattle. 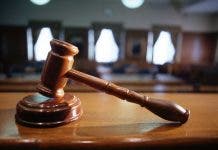