A COSTLY private airport used by Prince Harry on a hunting trip has closed after just three years in operation.

An investigation has been launched after 1.1 billion euro Ciudad Real airport was forced to close.

It had hoped to welcome 2.5 million passengers over five years after opening in December 2008. But just 407 jets took off or landed there between October 2011 and February 2012.

Since Vueling withdrew in December the only planes using the airport have been private. 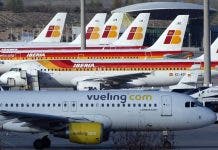