DIFFICULT to believe, I know, but we tend to think of plants and herbs as a back cloth to our busy lives.

In reality plants provide the very air we breathe to survive on Earth by the way they absorb carbon dioxide and exhale oxygen.

Herbs not only provide us with food and medicine but have been currency for trading for centuries.

There was a time when one chest of sage was worth three chests of tea.

It was tea that almost destroyed Chinese culture, helped bring about America’s Bill of Independence and enslaved thousands of workers in southeast Asia – pretty influential for a small evergreen tree named after the 17th century Jesuit botanist Camellius.

But modern day medicine was changed forever with the discovery of opium.

The opium poppy – papaver somniferum – is as old as medicine itself and is unequalled as a painkiller.

It is still the first choice drug for relieving severe pain and cannot be synthesised, hence the continuing need to grow opium poppies.

The poisonous properties of autumn crocus – colchium autumnale – have been known since Egyptian times and used as a cure for gout and as a poison.

More recently, research in the UK has identified autumn crocus as a potential treatment for cancer.

The first anti-malarial drug, quinine, discovered in the mid-17th century from the bark of the chinchona tree, has saved countless lives in the tropics.

It propped up the British Empire, by enabling British explorer’s to conquer many tropical regions, where previously they had succumbed to the debilitating effects of malaria.

Finally, coca leaves – erthroxylum coca – used since AD500 by Peruvian tribes, with coca first used as an anaesthetic in 1884 in a cataract operation.

Although only using decocainised extracts since the sale of cocaine was banned in 1902, the devastating impact of coca leaves can still be seen on many streets around the world today. 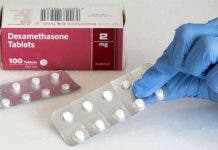 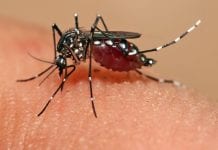