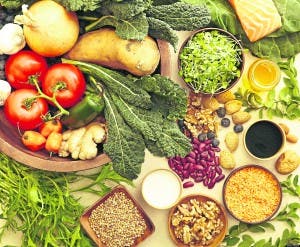 THE glass half full metaphor is a fitting one when talking to Spaniards about their health. And not only because ‘salud’ (meaning health) is also their word for ‘cheers’…

Despite Spain being a country where a single measure of gin can pass the halfway mark on a tubo glass, some three in four young Spaniards are convinced they’re fighting fit.

A major survey taking the pulse of 23,000 Spanish households this autumn sheds fascinating new insight into how the nation measures its health in terms of good and bad habits, from the sports they play and what they weigh to diet and health care.

And it appears that, despite some pretty shocking statistics to the contrary, the Spanish believe they’re shining examples of well-being to the world, with almost three in four (71%) over-15-year-olds in Spain stating their health is either ‘good’ or ‘very good’.

This begs the question: are we living in a society of health-obsessed Duracell bunnies or deluded optimists?

The plot – or make that the salmorejo – thickens when the same National Statistics Institute (INE) survey reports that almost 53% of Spaniards are either overweight or obese and over 54% don’t exercise .

Across diverse socio-economic groups and all regions, a rich base of results has emerged that show how Spain moves, eats, ails and heals – and apparently it’s a tad better (0.1%) than in 2009. But far from perfect.

The Mediterranean diet has been hailed for its miraculous health benefits for everything from Alzheimer’s and cancer to heart conditions and all-round well-being. But not all the figures in the survey add up.

So what precisely is the state of the nation’s health? The Olive Press ran its own stethoscope over the statistics to find out. 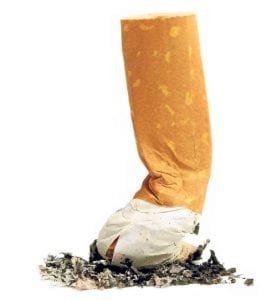 SMOKING is no longer an Olympic sport in Spain. The days when a Ducados smog hung over offices, shops and even hospitals are long gone, and whereas 26.2% of the population were smokers in 2009, the figure stands at 23% today.
The social smoker is also an endangered species, making up just 2.4% of the population, with almost half of Spaniards never having touched a cigarette.
But it’s a habit that has taken time to stub out, especially for men, 27.6% of whom are daily smokers compared to 18.6% of women.
And it has not, yet, been phased out to the point where the young are not starting at all. Almost 20% of 15-to-24-year-olds light up daily.
Spain’s most committed tobacco addicts live in Extremadura (25.6%) while the most abstemious reside in Melilla (15.3%) and Asturias in mainland Spain (19.1%).

WHETHER pumping iron at the gym, jogging through Parque Retiro in a pair of luminous Nikes or swimming in the limpid waters off the Costa del Sol, Spaniards are fairly active.
Almost one in three takes advantage of Spain’s 300 days of sunshine to get out and get active, exercising more than twice a week in their free time.
However, the rest of the nation appears to be majoring in couch potato skills with a staggering 54.7% admitting they never exercise in their leisure hours.
And only one in 10 Spaniards get on their bike although eight in ten favour getting to places on foot. Presumably the other 10% are still in bed, contemplating a cab… 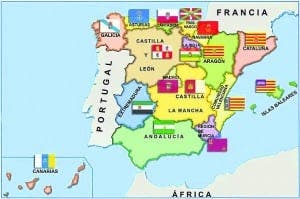 IN spite of austerity cuts stripping Spain back to the bone with a 20% loss of social funding, some of the healthiest regions in Spain also enjoy the most generous public health spending.
The Basque Country, Asturias and Navarra lead Spain on the funding front, with the highest social spend: €3,026, €2,931 and €2,921 per capita respectively in 2013.
Navarra inhabitants sit near the top of the pile with 74.2% happy about their health, while 73.1% of Basques are also upbeat but the Asturians prove the exception to the rule, languishing behind at just 68.5%.
And, conversely, while the Basque Country dedicates 37% more funding towards health than our own region, Andalucians are sitting pretty at 70.8%.
At the bottom of the pile is Galicia, where just 60% of inhabitants think they’re in good health.
Galicia saw its health spending drop dramatically by €569 per person between 2009 and 2013, to €2,399.
Madrid suffered too, with the third lowest public spending per person in the country, after the Canary Islands and the Balearics.
However, Madrid has the lowest obesity level in Spain and 74.8% of Madrilenos consider themselves healthy. 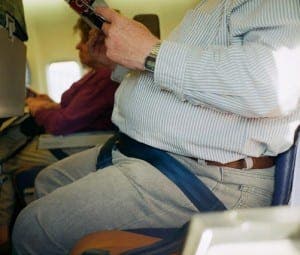 ALTHOUGH a large stomach used to be the sign of a life well lived, 2012 statistics accused Spain of having the highest rate of obesity in Europe.
It’s a far weightier matter when obesity becomes responsible for one in 12 deaths in Spain, as figures from 2007 revealed.
According to 2012 statistics, being of above average weight affects a massive 52.7% of over-18s in Spain.
It’s a far bigger problem for men (60.7%) than women (44.7%) and proven to increase with age, especially in men of over 65 and women over 75.
Clinical obesity affects 16.9% of over-18s (17.1% of men and 16.7% of women). And while the lowest obesity rates are found in Madrid (9.4%) they’ve got a larger-than-life problem over in Extremadura, where a massive 18.4% of locals are obese.
Andalucia, too, weighs in heavily with an obesity ranking of 17%, making it the second fattest region in Spain at the time of the survey.
At the other end of the scales, 2.2% of over-18s are underweight, as well as an alarming 8.7% of 15-to-17 year-olds.
The gender disparity is clear and in the younger age bracket, 13.5% of girls are underweight versus just 4% of boys – the inference being that boys are not pressured into cultivating supermodel bodies.
Among adults, women are more likely to be underweight (3.4%) than men (1%).

WHEN all is said and done, whether they’re fibbing about exercise or shamelessly scoffing down their 5kg of jamon serrano (per person, per year!), Spaniards have the last laugh.
They have the highest life expectancy in Europe, averaging 83, and Spanish mothers are the oldest on the continent.
Whereas life expectancy for men and women was 73.3 years in 1975, today it is 82.5 years. Spanish women live 85 years, almost the longest in the world, while men live to almost 80.
Cheers to that!

WE’VE always known Spanish men have a healthy belief in themselves. But they’re also far more optimistic about their physical health than women.
Male pride? Or a sign that Spain’s senores are paying closer attention to their wellbeing while their wives slave over their low GI, egg white revuelta breakfast?
While 71% of all Spanish believe they have ‘good or very good’ health, men hold themselves in healthier esteem than women in every single age bracket, at a ratio of 75.1% to 67% across the board.
Generation Y males are the proudest with a huge 93.1% of 15-to-24-year-olds believing they are in great health. Just 88.3% of their female peers feel the same way.
At the other end of the age spectrum, 36.8% of men over 85 fancy themselves fit compared to just 26.8% of women.
But the largest discrepancy was found in the 65-to-74-year age bracket, where almost 60% of men feel spritely, versus 45% of women. Is health in Spain a macho Iberico issue or just a state of mind, like age? Answers on a postcard. 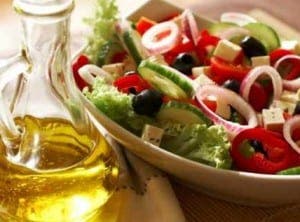 WHILE hailed for its oily fish, fresh fruit and vegetables, the Spanish diet still has its flaws.
Mayonnaise-rich salads, fried fish and a manana attitude to dieting have allowed the good life to swell many a waistline (see below).
And then, to add insult to injury, along came the latest World Health Organisation report connecting red meat to cancer.
Surely they couldn’t mean Spain’s nationally-treasured jamon Iberico too?
Those were precisely the thoughts of Nick Clegg’s missus, Miriam Gonzalez. The Valladolid-born wife of the ex Lib Dem leader has been doing unofficial ambassadorial work to raise Spain’s profile in the UK ever since her hubby came to prominence. And the elegant (and fit) 47-year-old has been up in arms at the suggestion that Spain’s most famous food export is unhealthy.
In fact, with the couple’s help, it took 24 hours for publications to dispel ‘preposterous’ rumours to that effect.
“Around the table in the village where my wife Miriam grew up, the report was greeted with disbelief,” wrote Clegg in an Evening Standard column.
“Jamon bad for you? Come off it! The scientists, it was concluded, need to get out a bit more – less time in the laboratory and more time relishing the delights of Spanish cuisine,” he added.