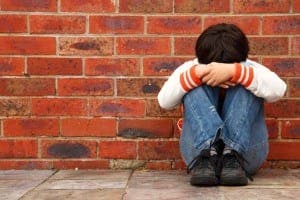 WE’VE all been picked on at school.

But a new report reveals Spanish bullies make up a third of the classroom.

In a Save The Children study, 32% of Spanish kids admit to having physically bullied their classmates in the past two months.

The charity interviewed 21,847 children aged between 12 and 16 from across Spain for the in-depth report, which was released in February.

Six out of ten pupils said they had been on the receiving end of verbal insults, with more than 20% claiming to have been physically attacked by their peers.

Cyberbullying was of increasing concern, with 6.3% of children interviewed having had their social media accounts hacked.