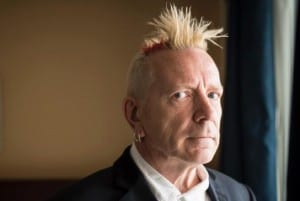 HE’S the man who brought punk rock to the world.

And now John Lydon is taking the road to Spain with Public Image Limited.

The Sex Pistols singer is playing dates in San Sebastian, Valencia, Santander, and Madrid during May.

Lydon earned worldwide notoriety as Johnny Rotten, the flame-haired frontman of the seminal British punk band before forming PiL in 1978.