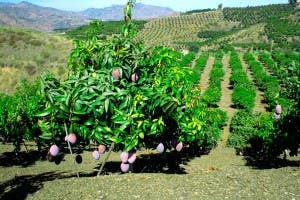 THE Axarquia economy is under serious threat from a lack of rainfall.

According to local farmers, water levels have reached a record low, leading to clashes with the authorities who are seeking to limit water use.

Measures to resolve the water woes have included using recycled water and improving infrastructure, but they have done little to help the area, which is renowned for growing avocados, mangos and olives.

Almuñecar’s mayor Trinidad Herrera Lorente has said the Rio Verde will soon ‘die of thirst’, and has slammed emergency measures promised by the Junta for taking too long to arrive.

The Junta are now considering constructing dams in the Chillar, Algorrobo and Torrox rivers.