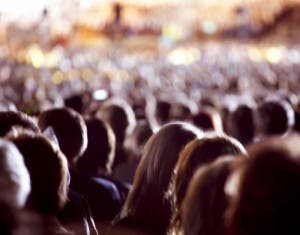 FIVE men have been jailed in Spain after an overcrowded party they organised caused a stampede that killed five women.

A Madrid court found the group guilty of negligent homicide and sentenced them to prison with terms ranging from two-and-a-half to four years.

A further two men were fined €3,600 for their role in the deaths.

The seven men have also been ordered to pay €350,000 to the families of the victims.

The stampede occured in the early hours of November 1 in 2012 during a Halloween party at the Madrid-Arena venue.

Three women, aged between 18 and 20, were trampled to death stampede, while a 17 and 20-year-old woman died later in hospital..

The court heard how Miguel Angel Flores, who owned the private company behind the event, sold 16,492 tickets despite the venue having a maximum hold of 10,620.

It added that Flores closed exit routes and stairways and minimised security ‘with the aim of making the biggest possible economic gain’.

He received a four year sentence, the longest of the group.