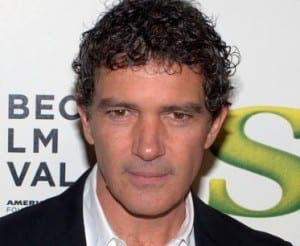 Antonio Banderas has quit smoking after suffering a heart attack in January and has said he will work at a slower pace from now on.

“If there is something good that came from all of this, it is that I suddenly stopped smoking, without needing pills or anything like that. It’s over!” said Banderas, 56.

I am going to give myself space, take time between productions, and above all make the jump which I have yearned for a long time, and put myself behind the camera, write my scripts.”

Banderas revealed at Malaga Film Festival in March that he had three stents placed in his arteries after having an attack in January.

He said he had recovered fully, with no damage to his heart.