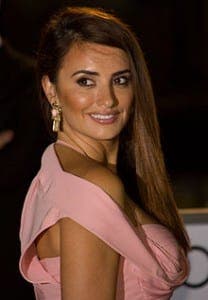 PENELOPE Cruz has been cast as Donatella Versace in an upcoming TV drama series.

Versace: American Crime Story, will follow the story of Italian fashion designer Gianni Versace, who was shot and killed outside his Miami Beach home in the summer of 1997.

Cruz, from Madrid, will play his sister Donatella, who took over the fashion empire following his tragic death.

The series, created by Ryan Murphy with FX, will air in 2018.

42-year-old Cruz was the first actress from Spain to be nominated for and win an Academy Award.

She picked up her Oscar for best supporting actress in Vicky, Cristina Barcelona in 2009.