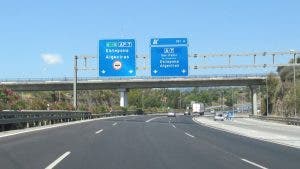 A 60-YEAR-OLD man has been killed in a car crash on the Costa del Sol this morning.

The fatal collision occured at kilometer 151 on the A-7 in Estepona.

The crash took place just after 6am, according to the Andalucia Emergency Service.

The man, believed to be Spanish, died at the scene, while another 40-year-old was attended to by medical services.