A 52-YEAR-OLD man is believed to have died from coronavirus in his second home in Torremolinos.

The man and his disabled brother had travelled down to the Costa del Sol from Madrid a week before police discovered the body on Sunday night, reported Diario Sur.

The brother, who answered the door to the officers, has now tested positive for COVID-19.

Policia Local travelled to the apartment after a tip off from Madrid warned of two family members – one with a disability – fleeing to the costa.

Someone close to the pair called the 092 Torremolinos hotline after becoming concerned when they were unable to contact them.

After police knocked on the door repeatedly, the disabled brother, 54, finally opened.

Officers asked if he and his brother were okay and told him that their family was trying to get in touch.

The man said his brother had a cold and a cough but had recently stopped coughing, and that he could not wake him up.

Agents quickly discovered the dead body and Policia Nacional were immediately informed before a routine investigation was launched.

A forensic doctor and police believe, based on the symptoms, and the fact that the man was diabetic, that the death was caused by coronavirus.

In the doctor’s opinion, the man may have been dead for 24 hours before being found.

An autopsy was not carried out, however, due to the risk of infecting health professionals.

The brother was taken by ambulance to a Malaga hospital before he tested positive for COVID-19 on Tuesday.

The pair, based on the testimony of the brother, are believed to have fled from Madrid to the Costa del Sol on the weekend of March 14-15. 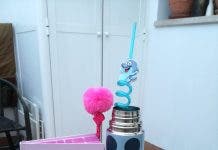