THE Junta de Andalucia has ordered all ferias to be cancelled until September amid COVID-19 fears.

Health chiefs have warned that festivals and some 37 ferias planned for June, July and August must be postponed.

The move is a devastating blow to the region’s already-crippled economy, which could shrink by up to 16.2% this year.

The call to curtail this summer’s ferias and festivals came in a General Directorate of Public Health report.

Ferias in particular can see tens of thousands of visitors, while two million revellers descend each year on the Feria de Malaga. 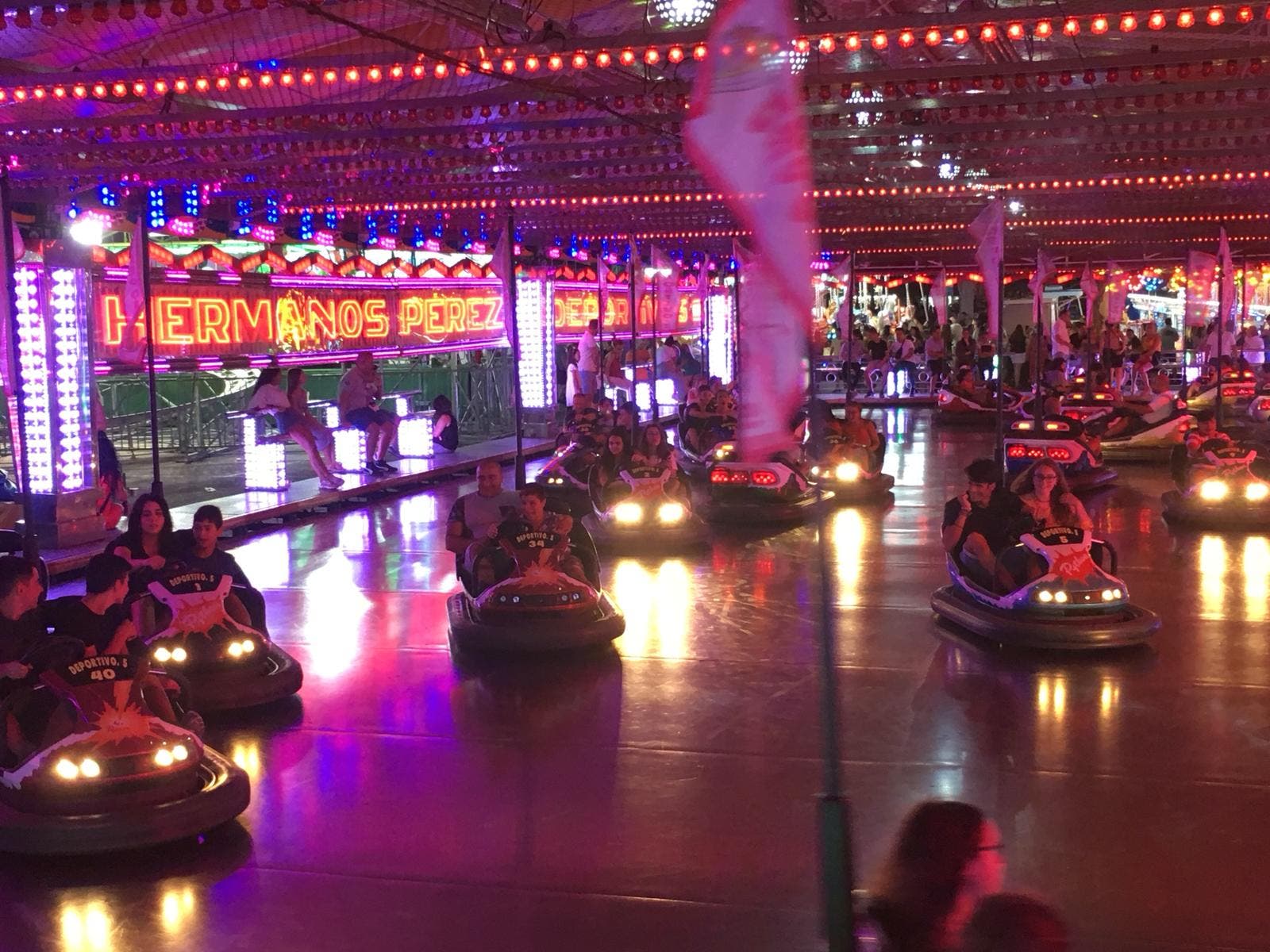 Bendodo also urged ‘common sense’ in the fight against coronavirus, while emphasising that the ferias are the responsibility of the town halls.

He said: “Other moments will come, but now it is time to secure the exit (of the pandemic) and to not take any wrong steps.

“The ferias belong to the mayors, but we have based our recommendation on scientific reports.”

A total of 37 Andalucian ferias are to be left in the lurch by the announcement, including the huge events of Malaga and Almeria, pencilled in for August 15 and 22, respectively.

Malaga has already scaled back its festivities, with the axing of the feria’s closing parade of the Catholic Monarchs.

Other big ferias facing postponement over the next three months include Granada (June 6), Marbella (June 8), Algeciras (June 20) and Estepona (July 7).

The COVID-19 pandemic already forced the cancellation of the Feria de Sevilla (April 26) and feria de Cordoba (May 23).

A list of Andalucian ferias from June to August is below.

As well as the ferias, other cultural festivals, including the night of San Juan (June 24) and Virgen del Carmen (July 16), are also under threat.

By August it is likely that most Andalucian areas holding events will be in Phase 3 of the lockdown exit plan, while there will be no state of alarm in place.

From this point onward the Junta’s Alerts Steering Committee will take over from the Ministry of Health in dealing with the crisis.

Ferias in Andalucia this year: 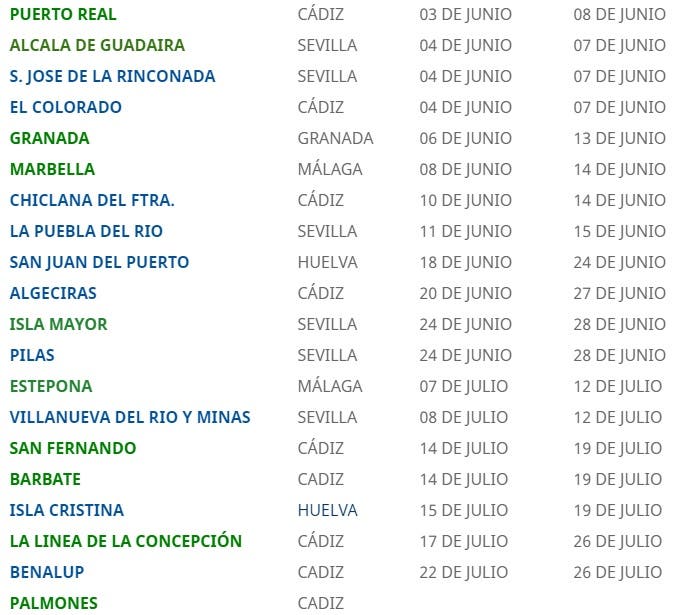 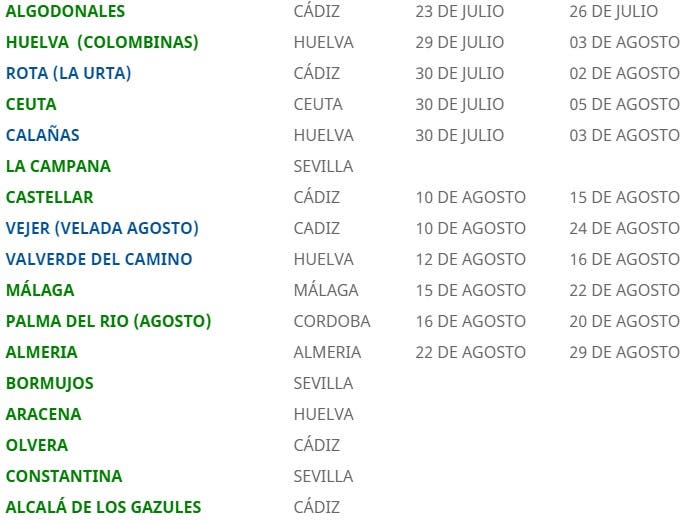 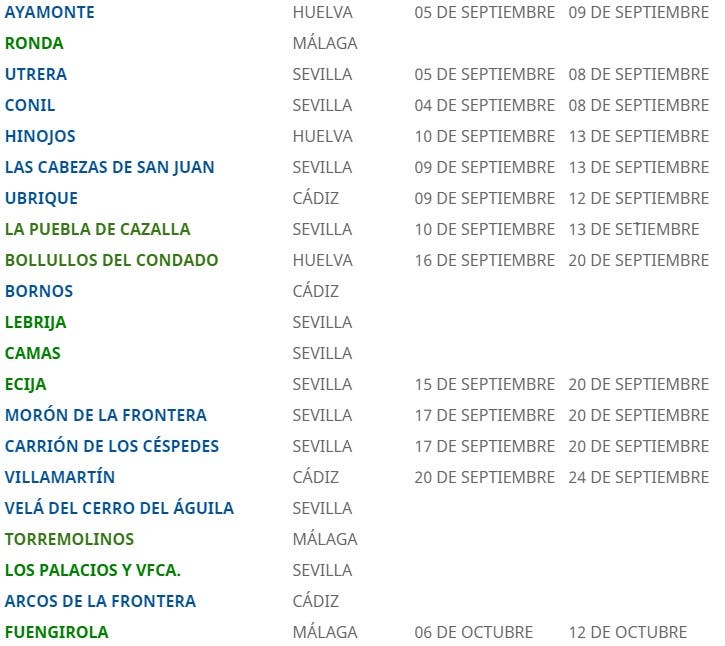