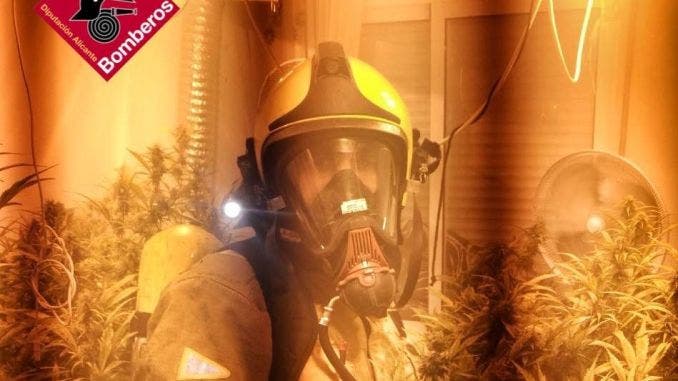 Neighbours heard an explosion on Calle Rio Tajo on the Altos del Limonar urbanisation at around 11.30 am.

The bang came from the ground floor of a semi-detached tourist property.

The occupants fled when emergency services arrived and left their dog behind.

A Torrevieja fire crew discovered the blaze came from a room that housed a marijuana plantation.

They believe the fire was almost certainly caused by an overload to one of the cables used to illegally-obtain electricity which powered the room’s light and ventilation system.

The blaze caused major damage to several rooms in the property.

The dog has recovered after being treated by a vet for smoke inhalation.

It’s the fourth incident within a week in the Torrevieja and Orihuela Costa areas of indoor marijuana farms being discovered in domestic houses.