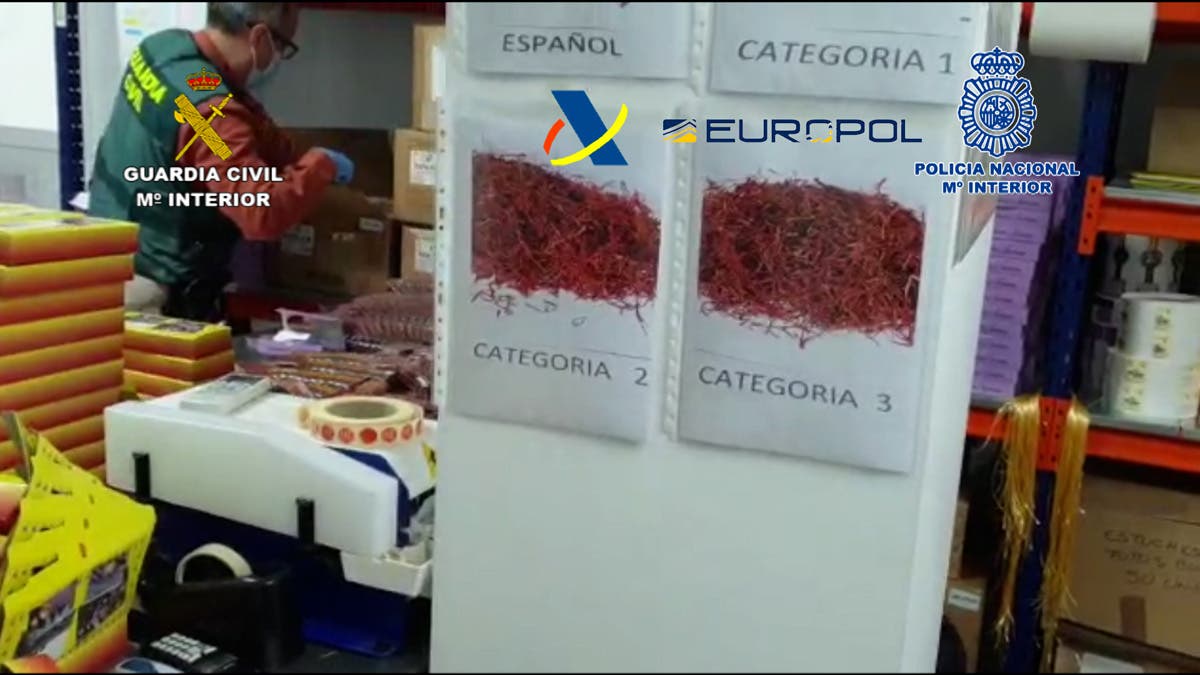 A massive saffron con has been busted which involved cheap Iranian imports of the expensive spice being rebranded as coming from the Castilla La Mancha region of Spain.

La Mancha saffron has protected status and the scam saw the imports get ‘bulked out’ and palmed off as the expensive local variety.

Most of the fake saffron was sold abroad.

17 people have been arrested in a joint operation by the Guardia Civil and Policia Nacional, with 13 others still being investigated.

Officers also seized half a ton of the Iranian saffron in raids around Ciudad Real and Albacete.

Machinery involved in producing and labelling the bogus product was also taken.

The scale of the criminal enterprise was extremely lucrative as the gang had bought 35 homes in Spain via Iranian powers of attorney.

The police probe started in 2019 after suspicions were raised in the Ciudad Real area with reports that firms were bringing in the cheaper Iranian saffron.

Europol assisted with the Spanish investigation due to the complexity of the scam which used over 200 EU bank accounts as well as some in the United Arab Emirates.

A police statement said: “The imported saffron was mixed with bits of flowers to increase the final amount along with prohibited colourings to dye the bogus product.”

The statement also said that ‘big damage’ had been caused to the legitimate saffron industry because of price undercutting by people selling the sub-standard product.

READ MORE TEN OF THE MOST DESIRABLE AND EXPENSIVE SPANISH DELICACIES