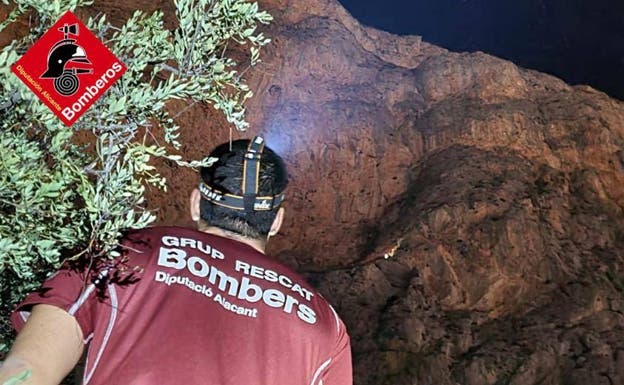 Monte Ponoig, overlooking Polop, is nicknamed ‘The Sleeping Lion’ and is 1,182 metres high.

It’s one of the most emblematic peaks in the region and a favourite for climbers.

The party of five, aged between 20 and 30, were all experienced climbers.

Two of the group came from Madrid and the other three from the Basque Country.

Their venture took an unexpected twist as a climbing rope ended up being snagged between some rocks.

It meant that two of the climbers were trapped as they could neither go up or down.

Four climbers from the Alicante Firefighters Mountain Rescue Group took part in the rescue which was described as ‘very difficult’ since it was carried out in the dark.

None of the trapped climbers were injured.