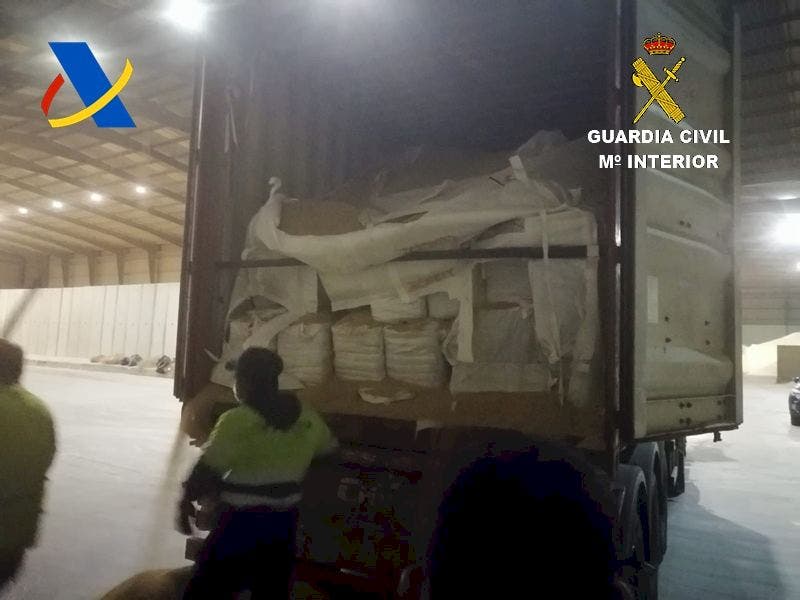 A container of rice shipped in to Valencia from South America had 626 kilos of cocaine hidden within it.

The Guardia Civil and the Tax Agency had their suspicions aroused about the container which they said had been tampered with and opened ‘improperly’.

Investigators opened up the rice consignment on December 30, which had arrived at the port a few days earlier.

It was in the terminal awaiting transfer to its final destination.

Officers believe the cocaine was smuggled into Spain using a method known as ‘blind hook’.

That’s when drugs are put into a container with legal cargo, without the knowledge of the exporter and importer.

The criminal organisation then attempts to ‘rescue’ the narcotics at the port before the container was moved to its official buyer.

10 tons of cocaine were intercepted by authorities at Valencia in 25 operations during 2021.

The port is one of Spain’s gateways for imports via sea, especially from South American countries which are the main sources of illegal drug exporting.

John Culatto - 17 Aug, 2022 @ 10:00
CATALUNYA is taking a leaf out of the French book by creating an institute to buy natural coastal areas to free them from speculating...