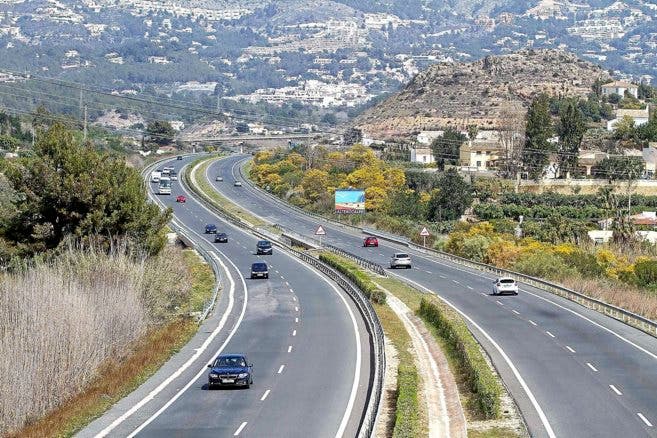 A British woman drove on the wrong side of the AP-7 motorway on the northern Costa Blanca after consuming excess alcohol and taking drugs.

A driver phoned emergency services to report a car was hurtling towards oncoming traffic on the motorway.

After officers intercepted the errant motorist, they immediately noticed that she appeared to be drunk.

A roadside test showed that she was three-times over the alcohol limit.

An additional test was positive for cocaine in her bloodstream.

She has been charged with reckless driving and driving under the influence of alcohol and drugs.

The woman has no previous convictions and her case will be handled by a Benidorm investigating court.

There appears to be rash of ‘wrong carriageway’ incidents in recent months, with some having tragic consequences.

On January 9, a German woman, 75, was arrested for driving on the wrong side of the AP-7 for 35 kilometres in the same area of the northern Costa Blanca.

Five people died on January 31, after a motorist, 87, drove on the incorrect carriageway of the same motorway in the Valencia area.