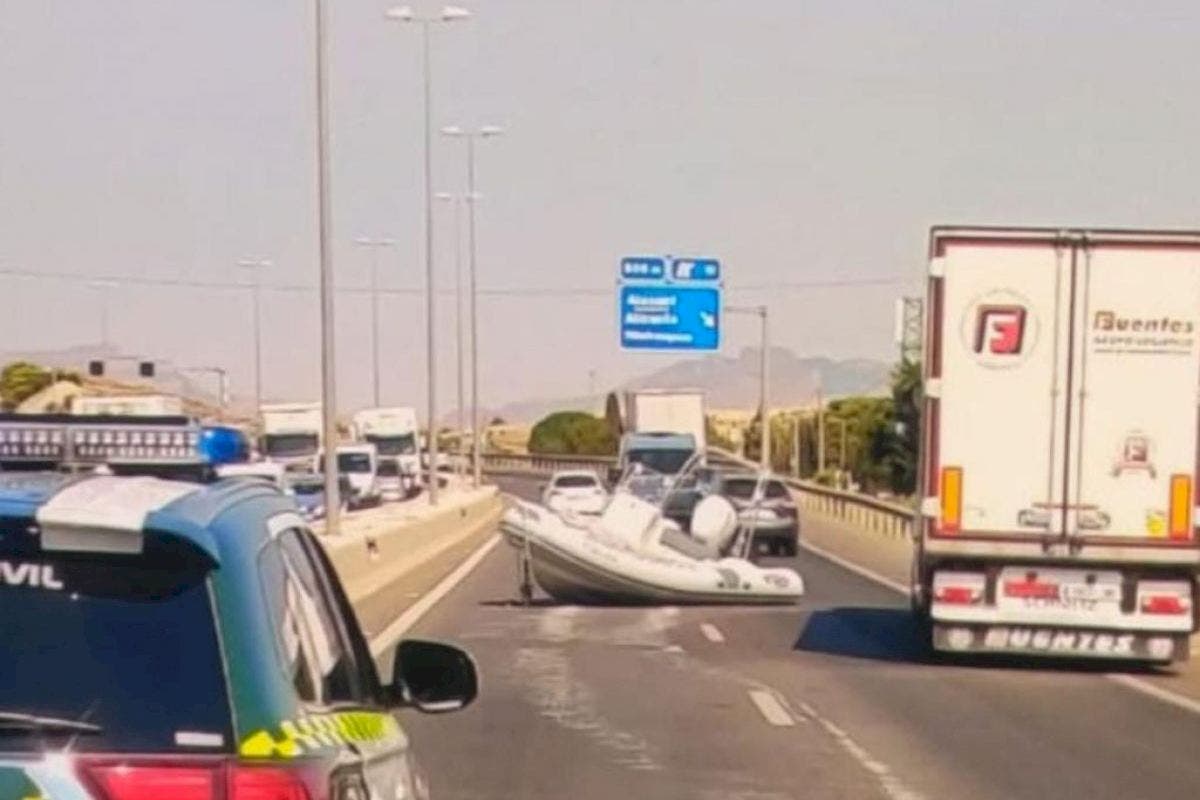 A big inflatable boat was the surprise chaos of traffic jams on the A-70 Alicante ring road on Thursday.

A car suffered a tyre blowout to a trailer carrying the vessel at around 11.00 am.

The boat was detached and ended up blocking two lanes of the motorway.

Delays lasted for an hour between the San Juan tunnel and the Villafranqueza exit as several kilometres of queues formed.

The road was eventually cleared by the Guardia Civil.