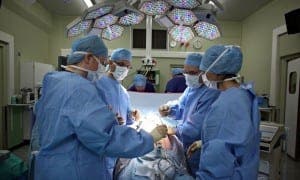 HUNDREDS of foreign nurses, recruited from Spain, Portugal and Italy, are leaving Britain to return home.

Understaffed hospitals in the UK have forced the NHS to recruit thousands of nurses from across Europe, in batches of up to 30 at a time.

Many cite the language barrier and the trouble adjusting to the different healthcare system as the reason for leaving, while others blame the weather or distance from family and friends.

Despite hundreds of thousands of pounds being spent by the British health service, 13 hospital trusts lost at least half of the foreign nurses hired in the last two years.

An estimated 20,000 NHS nursing posts are currently unfilled, leading to a four-fold increase of foreign recruits between 2013 and 2014.

“We hear from patients on our helpline that there are real issues with nurses from other countries, including problems with communication and a lack of understanding of processes and procedures.”

Meanwhile Dr Peter Carter, chief executive of the Royal College of Nursing, blames the NHS for the problems with foreign staff.

He said: “The last couple of years have seen increasingly desperate attempts to plug the gap with more nurses from overseas, who have undoubtedly made a huge contribution and kept the NHS afloat.

“Some of the sums spent on recruiting staff have been ludicrous and the fact that Trusts are not able to keep hold of them is a natural result of years of lackadaisical workforce planning in the NHS.”

Alex Trelinski - 30 Nov, 2022 @ 14:00
TWO children aged 15 and 17 have been charged with a series of violent robberies after threatening victims with a gun in Valencia. The thefts...