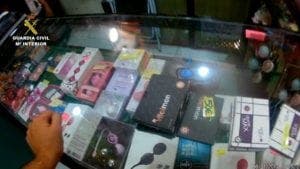 GUARDIA Civil have busted more than FOUR AND A HALF MILLION counterfeit pills including viagra, slimming aids and muscle enhancers.

The huge operation against drug trafficking was coordinated by Interpol and has seen 62 people arrested while another 22 are still being probed. 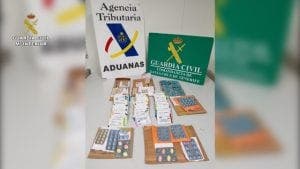 Meanwhile, the distribution of counterfeit and illegal drugs on the Internet has also seen a crackdown, with inspections being intensified at unauthorized distribution points.

The Guardia Civil has developed this operation with  the Customs Administration, the Ministry of Health, the Spanish Agency of Medicines and Sanitary Products (AEMPS), the Spanish Agency for Protection of Health in Sport (AEPSAD) and the Departments of Health and Pharmacy Inspections throughout the country.

Cops want to combat the phenomenon of advertising, selling and illegally supplying  medicines and drugs, in particular those falsified or not licensed.

The propaganda, sale and supply of medicines outside authorized channels is becoming a 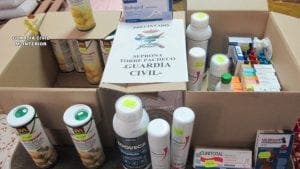 global criminal activity, posing a global health risk and in many cases is linked to transnational organized crime.

The so-called PANGEA Operation was initiated in 2008 by the World Health Organization to combat these irregular activities.

It has been developed annually in more countries and with the collaboration of the World Customs Organization, the Permanent Forum on International Pharmacological Crimes and other international organizations. 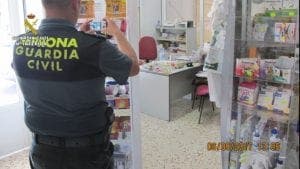 As in previous editions of PANGEA, Asia is the main area of ??origin of shipments.

Among the most prominent countries are China (54.64%), India (40.17%), Thailand (1.09%), and other countries with smaller percentages such as the Dominican Republic (.94%), Argentina, Principality of Andorra, Panama, Algeria and Turkey.