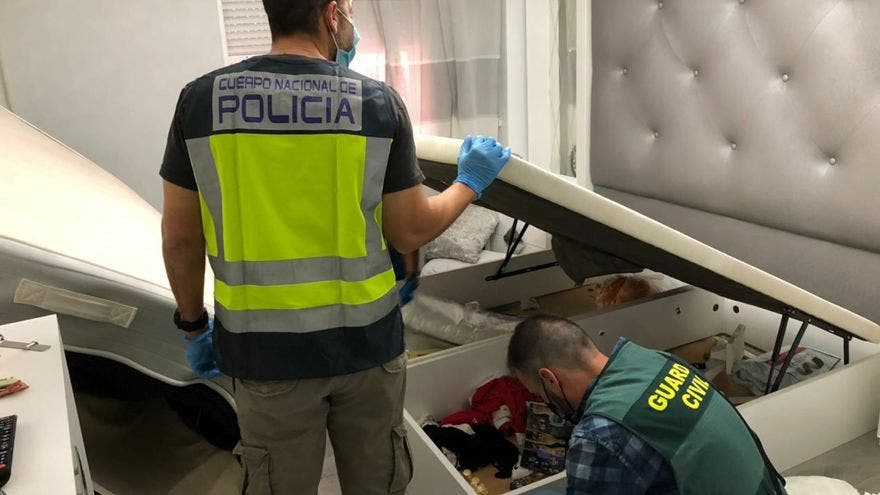 43 people have been arrested in a phased operation to bring down a major drugs trafficking gang in Alicante and San Vicente del Raspeig.

The Guardia Civil and Policia Nacional joined forces to smash the crew that controlled drugs sales in the northern part of Alicante City and distributed narcotics to small dealers across Alicante Province.

The operation’s first phase brought 22 arrests as authorities detained the gang leaders who were part of the same family that ran their criminal activities from three addresses.

Once the leaders were brought to justice, the Policia Nacional and Guardia Civil turned their attention to arresting 21 lower tier members of the crew, including sellers and couriers.

Eight of those detained throughout the operation were denied bail, and the majority were Spanish nationals.

The gang members have been charged with a variety of crimes including drug trafficking, the illegal possession of weapons, and money laundering.