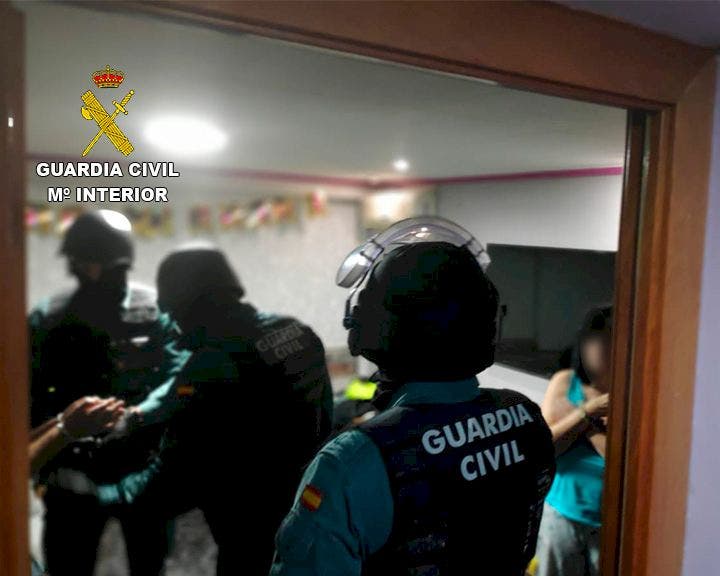 They also scammed seven individuals on ‘buy and sell’ websites.

Around €190,000 was laundered into Lithuanian and Spanish bank accounts or converted into cryptocurrencies.

12 men aged between 19 and 24, including the three ring-leaders, have been arrested by the Guardia Civil.

Computers along with multiple burner phones and SIM cards were removed in raids.

The scam was exposed in January when a company in Crevillente, Alicante Province, reported a cyber attack which cost it €37,000 after supplier invoices had been manipulated.

The firm was fooled into making transfers to bank accounts operated by the criminals.

Alicante’s Guardia Civil discovered the fraudsters had over 50 bank accounts and were making hundreds of transfers involving large sums of money.

The gang also stole a profile of an elderly man to cheat seven buyers of goods on websites to the tune of €2,800.

Purchasers were told to log out of the websites and make transfers instead via a mobile phone payment platform.

Once a payment was made, buyers heard nothing more from the fraudsters and did not receive the ordered item.