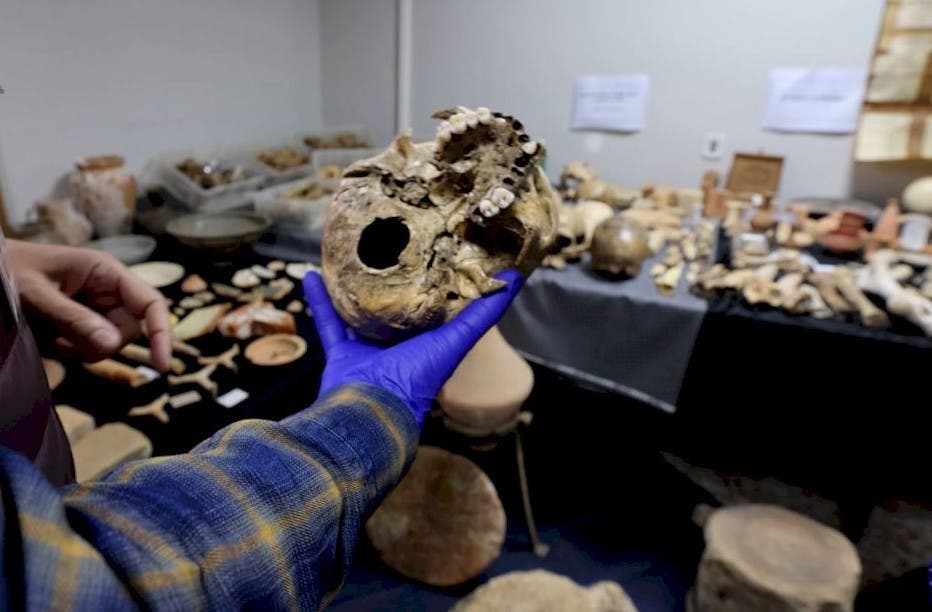 THE Guardia Civil has discovered one of the largest-ever illegal private collections of archaeological artefacts in Alicante Province stored in a Denia house.

Two men have been charged with misappropriating items of artistic, historical, cultural, and scientific value.

Officers were told about the Denia items after raiding a Gata de Gorgos property where skeletal remains dating back between 4,000 and 5,000 years were recovered.

The owner cooperated with investigators and told them about a big collection in Denia.

A subsequent raid uncovered over 350 archaeological and paleontological pieces.

The items had been inherited by the current inhabitant of a home owned by a deceased relative.

He had no documentation to show he could legally possess the collection and had made no attempt to register it.

The Ministry of Education, Culture and Sport carried out a full audit which included the following items:

Investigators found a large number of notebooks with notations from the deceased relative.

In them were notes about the exact locations where the pieces were found.

The written information could help specialists to date the origin and of the pieces, thereby increasing their value, and even leading to the discovery of new archaeological sites.

All of the items are being stored at Denia’s Archaeological Museum.